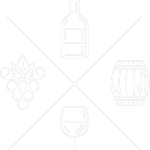 QuantisLabs Ltd. was founded in 2005 with the support of the Budapest University of Technology and Economics (BME). Prior to the company’s foundation, the Department of Chemical Informatics (now the Department of Inorganic and Analytical Chemistry) of BME provided support to help the company realise its innovative and groundbreaking idea.

In 2008, the implementation of a novel idea started. A method to fundamentally reform viticultural pest management, using and complementing the most modern technologies available worldwide.

Celebrating its tenth anniversary in 2015, QuantisLabs Ltd., an agri-technology company, was already well known for its network of high-quality, specialised sensors for vine protection. As a developer of precision viticulture solutions, we have built up a client base of renowned agricultural players and have received significant national and international recognition. We aim to become a leading player in precision agriculture in the short term, not only at home but also internationally.

Our mission is to make grapes healthier. With PlantCT™ spraying can be optimized, so our technology also makes a big contribution to protecting our environment.

Our strong ties with institutes, national agricultural universities and wine schools helps spread knowledge and information to flow. PlantCT™s’ cooperation is aimed at transferring our knowledge in the field of precision viticulture to future generations of winemakers.

Our clients range from individuals with small vineyards to large wineries.

AWARDS WE ARE PROUD OF

If you have any question don't hesitate to contact us!